Tim’s love for golf began at a young age and was inspired by his grandfather, a former Professional in Michigan. After graduating from Ferris State University in 1990 with a Bachelor’s of Science degree in Business, and a minor in Professional Golf Management, Tim’s career path lead him to Troon where he began as a part-time cart washer. That was over twenty-five years ago, and it was also during that time that he met his wife here at Club, and they began a family.

His tireless devotion to exceed the expectations of every Member and Guest is what lead Tim to the position of Head PGA Pro in 1996. To this day Tim devotes a great deal of time to the enhancement of the golf program by playing with and teaching Members of all abilities, mentoring aspiring golf professionals, actively engaging in the local golf community, and competing in local PGA events.

Television programs, magazines and newspaper articles have featured Tim and his fervor for the game.Tim authored many features himself, writing on a subject dear to his heart – golf during his three year stint as a The Arizona Republic.

For the past fourteen years Tim has taught the New Member Orientation class for the Southwest Section PGA and most recently in 2016, Tim was bestowed the highest honor by the Southwest PGA as he received Golf Professional of the Year.

Tim’s commitment to the game of Golf and development of future Golf Professionals is evident by the countless Apprentices that have achieved their Class “A” PGA Membership while under his leadership. 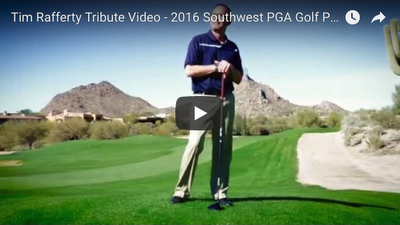 John has been around some of the most talented and influential people in the game and brings a fresh approach to both the golf swing and game, as he provides our Members with individual and group lessons.

You may recognize the last name “Kostis”...John is the son of legendary commentator, teacher and player, Peter Kostis. John grew up around the game of golf. It began with daily trips for fun to the golf course with his dad, and quickly transitioned into a serious passion. After playing baseball, hockey, and soccer as a kid he knew exactly where he would focus his energy. It was at this point that the instruction from his father, Peter Kostis, began to ramp up. John began competing in junior tournaments across the country.

In high school John played for the Brophy Broncos, and earned all-region honors as a junior and senior. He won the regional as a senior with a 64, and was a two-year team co-captain. He was also named an Arizona Interscholastic Association Scholar Athlete in 2006.

John went on to play Division 1 Collegiate golf at The University of Arizona. He was a Cleveland Golf/Srixon All-America Scholar in 2010. He was also a three-time member of the first team  All-Pac 10 Academic team. His experience at U of A competing at a high level of college golf
began to prepare him to turn pro after he graduated in 2011 with a degree in journalism and a  thematic business minor.

At 30, John has seen firsthand fifteen years of quality swing instruction from Peter Kostis and Paul Trittler, along with invaluable mental coaching from Bob Rotella and Peter Crone. The breadth of his experience gives him a unique take on the golf swing and the game of golf, making him a highly capable teacher for everyone ranging from beginners to advanced players.

Originally from Oakland, New Jersey Mike moved to Arizona in 2004 to complete his schooling at the Golf Academy of America in Chandler, Arizona. While at the Academy Mike played competitive golf until he graduated in 2006, achieving his PGA Class A Membership in September of 2011. In October of 2006 Mike’s commitment to the game pathed his way to the Club, where his fresh approach to the overall golf experience always exceeds Member’s expectations.